Like many other rivers in northern England and southern Scotland the river Wear burst its banks the weekend before last and flowed well beyond it’s usually boundaries. Happily for my willow tree, it likes its feet wet.

Storm Desmond also carried away the last of its leaves revealing the lovely golden colour of this year’s new growth – it positively glows in the winter sun.

Willows have long been associated with water – think of the stylised weeping willows on ‘Willow pattern’ plates. They are often used for erosion control on river banks. In fact, willow shoots have been woven into living erosion control panels a little upstream from my willow on the Wear to try and protect the bank where the river curves sharply and is undercutting the footpath. This type of ‘soft’ river management, known as spiling, involves weaving live willow rods between live willow stakes set into the river bank. It has many advantages over defences made of metal or concrete, not least cost and sustainability.

So what makes willows so good for this? For one thing their shoots are very flexible, allowing them to bend rather than breaking in the face of a strong current when river levels rise and they find themselves under water. For another, willow is particularly good at reproducing itself from cuttings – dormant meristem cells readily divide to produce new root and shoot material so a panel woven from live willow will soon start to grow a dense mat of roots, helping to stabilise the river bank as well as new shoots. 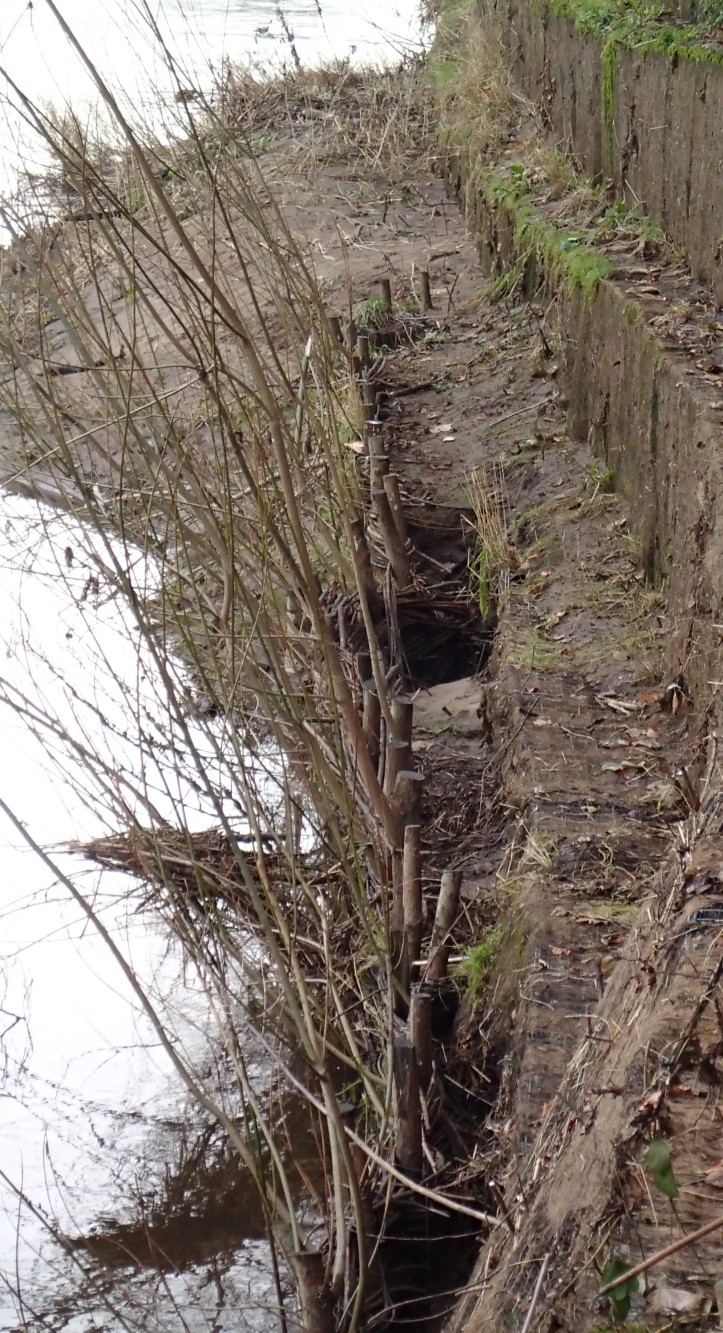 Shoots growing from the willow spilings

Most plants can’t survive under water for any length of time because their cells cannot obtain the oxygen they need to respire. Because of their flexible growth pattern, however, willow trees submerged for more than a few days start to produce adventitious roots directly from their submerged trunk and branches and openings called lenticels higher up the trunk shuttle oxygen to this submerged tissue.

The ultimate example of willow’s ability to thrive in a watery environment has to be the large piece trunk which washed down the river last winter, only to get firmly wedged on the weir by the old fulling mill. It sprouted new shoots and leaves over the summer and seemed to be colonising its new home quite happily before it was finally removed in a tidy up before November’s Lumiere festival.