A valley full of flowers

Pandering to my love of both mountains and flowers, Martyn gave me a book called ‘The Valley of Flowers’ nearly thirty years ago. Published in 1938 by an English climber Frank Smythe, the book is a curious mixture of tales of mountaineering daring-do and descriptions of the beautiful flora of one small corner of the Garhwal Himalayas, not far from the headwaters of the Ganges in Uttarakhand.   Smythe describes vividly how, descending from the Bhyundar pass in the bitterly cold sleet which passes for monsoon at altitudes above 16 000 feet, they were astonished to find themselves in a sheltered valley decorated by splashes of, ‘a blue so intense it seemed to light the hillside’.   This was his first sighting of the beautiful Primula nivalis (now known as P. macrophylla). 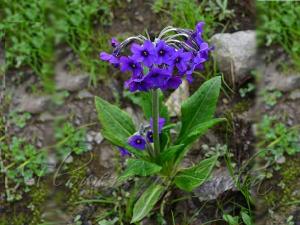 As Smythe and his friends descended further into the Bhyundar valley they came across many more beautiful plants – cushion forming androsaces, saxifrages and sedums to start with, then avens, potentillas, gentians and geraniums – so abundant it was ‘impossible to take a step without crushing a flower’. Finally they reached lush meadows with drifts of anemones, marigolds, globe flowers, delphiniums, roses and rhododendrons. 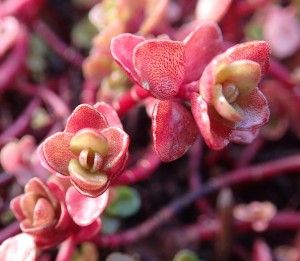 Smythe describes the Bhyundar valley as the most beautiful he’d ever seen and he and his colleagues remembered it afterwards as the Valley of Flowers.   He jumped at the opportunity to return to the valley six years later when he was asked to collect seeds and plants of some of the specialised high alpine plants he’d seen there previously.

Imagine my excitement, then, when Yasin at Indus Experiences asked if I would be interested in leading a botanical trip to this magical place which caught my attention so long ago. I felt like a child being offered an unlooked for bag of sweets! 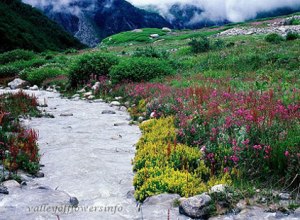 Of course the Valley of Flowers is a much better known place today than in Smythe’s time. It was established as a National Park in 1982 and, along with the adjacent Nanda Devi National Park, designated a UNESCO World Heritage Site in 1988. The two national parks, together with a large buffer zone, form the Nanda Devi Biosphere Reserve. Livestock grazing within the parks is banned and numbers of tourists and pilgrims are carefully regulated to minimise their impact on the fragile environment.

The area forms part of the transition zone between the Zanskar mountain range to the north and the Greater Himalaya to the south and is renowned for both its beauty and its outstanding biodiversity. It hosts a wide range of endemic alpine plants as well as endangered animals such as snow leopards, musk deer and the black bears we saw in Dachigam National Park (see Srinagar). A number of bird species with restricted ranges are also endemic to this area.

I can’t wait to go! Now the decision needs to be made about when to go both for a reconnaissance visit and for our first trip with visitors. Plants of course have their growing seasons, and these are short at these altitudes, but the consensus seems to be that mid-July onwards we should see plenty of plants in flower without having too many problems crossing glaciers. There will, of course, be rain! Next year we will be in Kashmir and Ladakh with Rocks, Routes and Shoots in early August, so our reconnaissance may have to wait until after that.

Access to the Valley of Flowers involves driving to the roadhead at Govindghat, then a fairly gentle 14 km trek up a narrow, forested valley to Ghangaria for an overnight stay. From here the path ascends more steeply for around five km to the valley itself – Bhyundar valley is a hanging valley, after all, carved out of the rock by a long-gone glacier. The path through the valley runs through a carpet of flowers for some six km into the mountains, alongside the River Pushpati and its many tributaries.

What else should we do on the same trip? The valley rises to an altitude of 3600 m so, to enjoy the trek to it, we should spend some time lower down in the Himalayas first, to get acclimatised more gradually. There are plenty of interesting options, especially if we want to integrate geology into the trip. The geology of the area is complex and quite different to what we will have seen on Rocks, Routes and Shoots this year. There will also be much more opportunity to see glaciers, up close and personal.

I, for one, would also be keen to visit the Jim Corbett National Park, some distance to the south in the foothills of the Himalayas. Established in 1936 to protect the Bengal tiger, the national park is the oldest in India and home to a vast array of wildlife as well as the tigers – elephants, crocodiles, deer, otters and many birds. 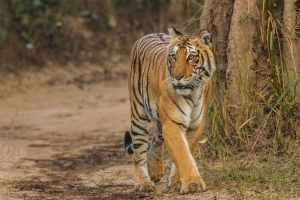