The news you’ve all been waiting for…

Breaking news – after following a year in the life of a willow tree on the banks of the river Wear in 2015 (see ‘A little local diversion’), I’ve chosen a new tree for 2016! Gill and I spent yesterday afternoon wandering around Great High Wood in Durham in the mist looking for a suitably statuesque tree. The tree I’ve decided to follow this year is an old oak tree on the edge of the woodland adjacent to the university science site at Mountjoy.

Great High Wood is described as an area of ‘semi-ancient’ woodland by the Woodland Trust and has probably been wooded since long before it was first recorded as being let to the Cathedral Dean and Chapter Wood Fund in 1825. The Dean and Chapter would have been removing large oaks for their timber, suggesting it was already an area of mature woodland by then.  The woodland has large stands of beech, probably planted about 200 years ago either for timber or ornamental purposes, but I decided I’d like to focus on one of the oak trees on the edge of the wood.

Even more than last year’s willow, my new tree is part of a community involving many other types of organisms, from the bluebell shoots appearing through last year’s fallen leaves to the ivy and lichens growing on its bark. I’m clearly not going to be short of things to look at! 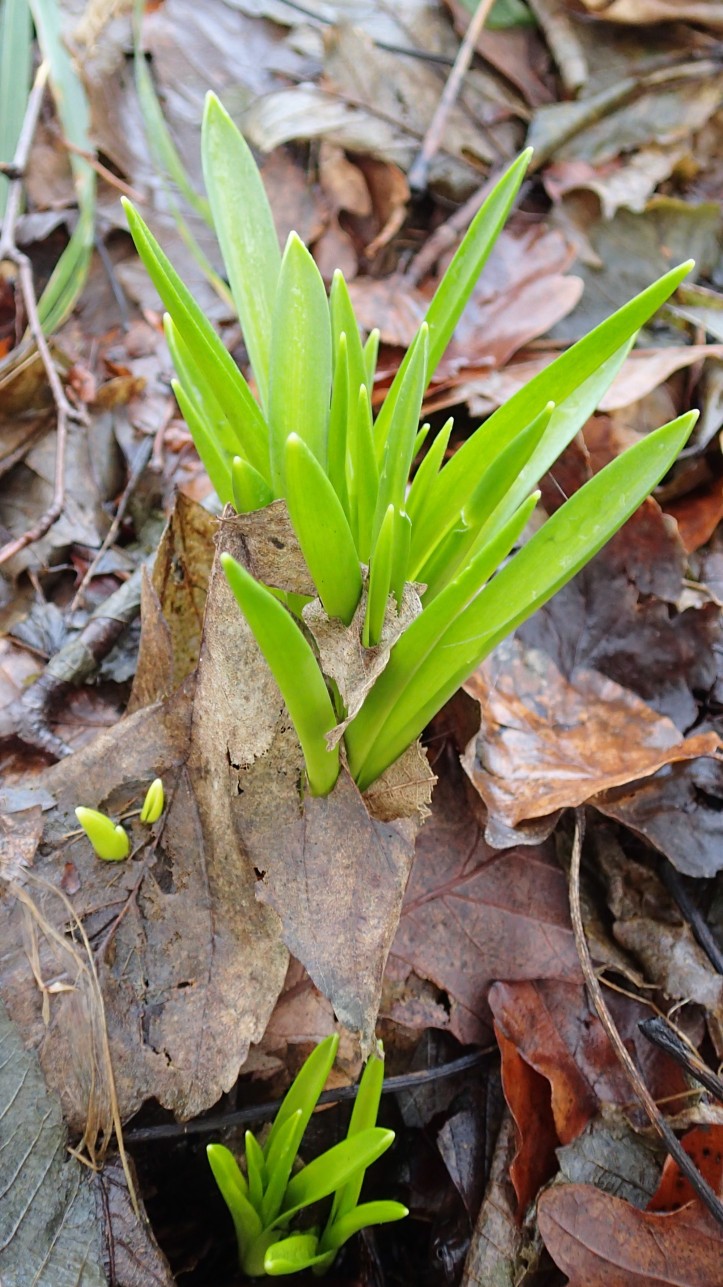 Bluebell shoots, well on their way

Ivy, mosses and lichens finding a home on the oak’s bark

It’s not just the bluebells which are showing early signs of life this year. Buds on the lowest branches of my tree are already full and green, looking ready to burst. The scars where last year’s leaf stalks broke off when the leaves fell in autumn are clearly visible and, as well as the main, terminal leaf bud, I can see tiny axillary buds. These axillary buds are more resistant to cold than the main bud, because the leaves within them are much less developed. They act as an insurance policy for the tree, growing out after the main buds and able to substitute for these if they are damaged, for example by a late frost. It’s a great example of a trade-off, so common in the natural world; the tree is ready to capitalise on an early spring and extend its growing season but, if the weather should have a nasty shock in store, all is not lost – the axillary buds can grow rapidly and produce leaves to take over from any frost-damaged ones. I suspect the black edging seen on the leaf scales of the bud below represent marginal frost damage, though the bud itself looks healthy. 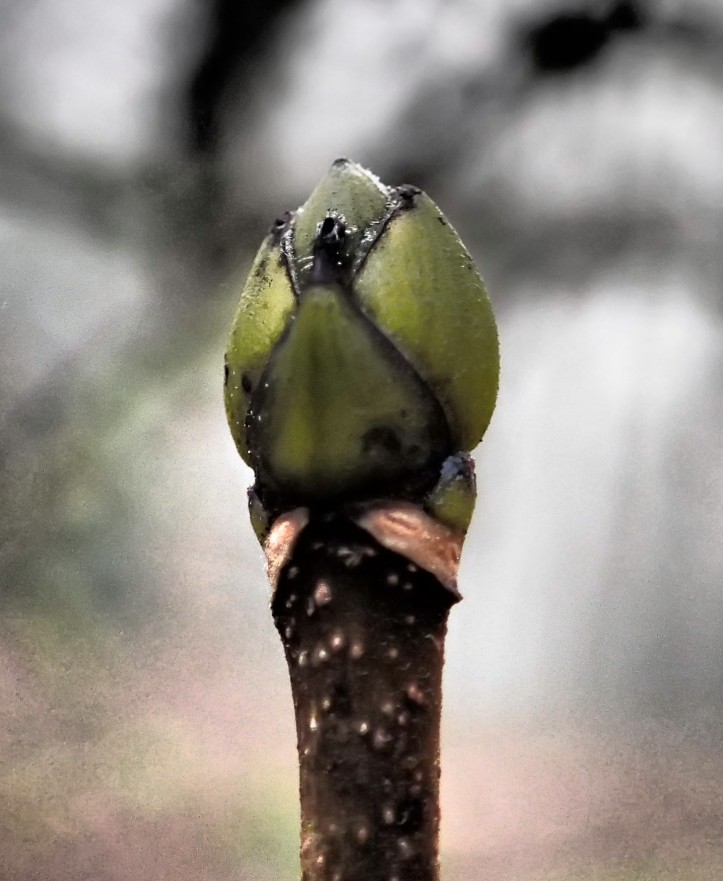 I did have a sneaky look back at my willow tree last week and was sorry to see that its new buds had been largely blackened after recent frosts – compare the two photos below. The first was taken in November and the second early January. I’m inevitably going to have to go back to see how the tree copes with this set back!

Back to my new oak tree, however. Its bark is an object of beauty and tells something of its history too. Knots in the bark represent places where side branches have either been lopped off or have died and fallen off of their own accord as part of the tree’s normal development.   This one looks regular enough to have been man-made.

The new, thin side branch growing out of the one below, though, makes it look rather like thick porridge stirred by a spurtle! 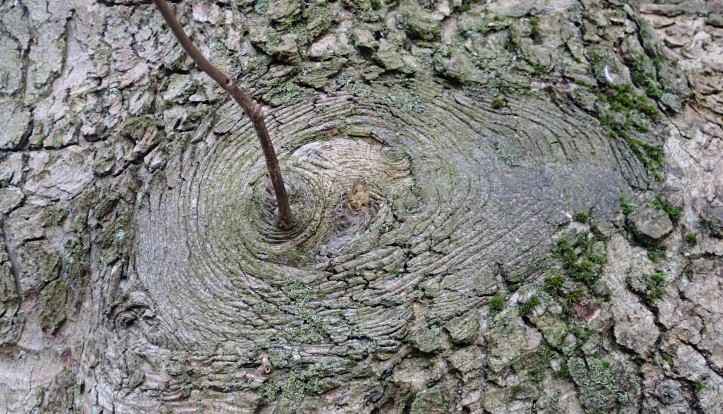