Today was a funny sort of day – a lot of driving which won’t form part of any trip we do next year but needs to be done to get us to the start of our next adventure. 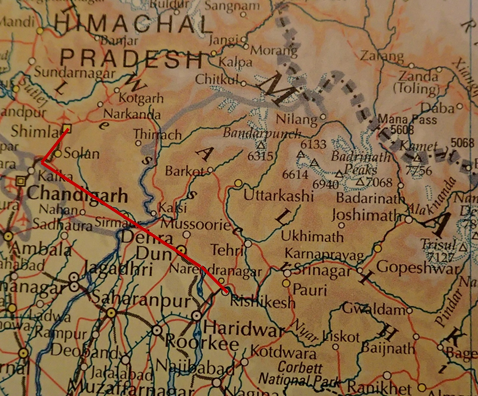 We had another lovely Clarkes breakfast and, even better, when we went to the reception desk afterwards, they told us Helen’s bag had arrived.  Vinod, our guide for the Valley of Flowers, and  & Ajiy, our new driver, were ready and waiting at 9am and we left shortly afterwards.  It’s much more of a squash with six of us in the car, so all the luggage is on the roofrack now.

It was a very long, slow day – we were on the road from 9am till 7.15 pm, with only a few short breaks.  The scenery became even more tropical as we headed south out of Shimla down the road towards Chandigarh, then turned off just after Solan to head east.  We are really on the very edge of the Himalayan foothills – the wrinkles in the old Indian continental plate made by the collision.

We stopped for photos at the furthest point south, which also happened to have lots of interesting, if very tiny, flowers… 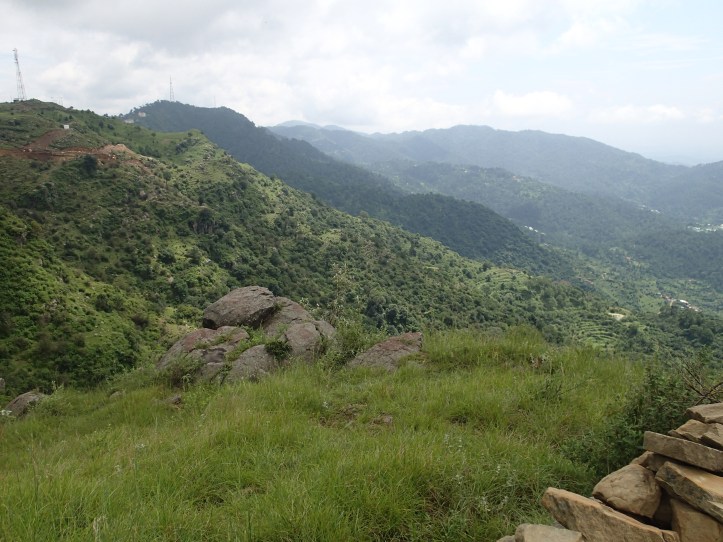 Looking South from the Himalayan foothills 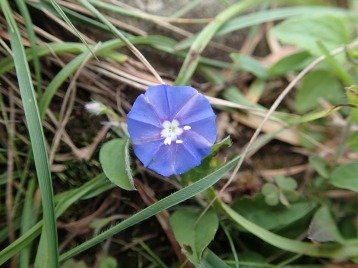 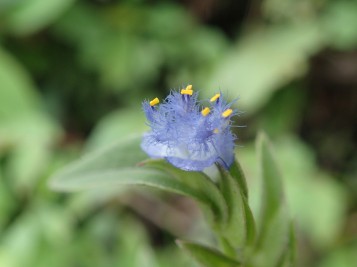 …and had a very late lunch near Kolar.  We are having some difficulty persuading Vinod that we are happy to stop for tea and to eat anywhere that the driver would usually stop.

He called in at his house on the outskirts of Dehra Dun to pick up his bag then took us to a teashop renowned for its samosas and sweetmeats – all very lovely, but we were just wanting to get to Rishikesh by this stage.  The last part of the drive, between Paonta Sahib and Rishikesh takes us through the forest on the edge of the Rajaji national park, which  featured on Levison Wood’s recent ‘Walking the Himalayas’ series.  No elephants to be seen though – apparently they mostly head for the hills during the rains. 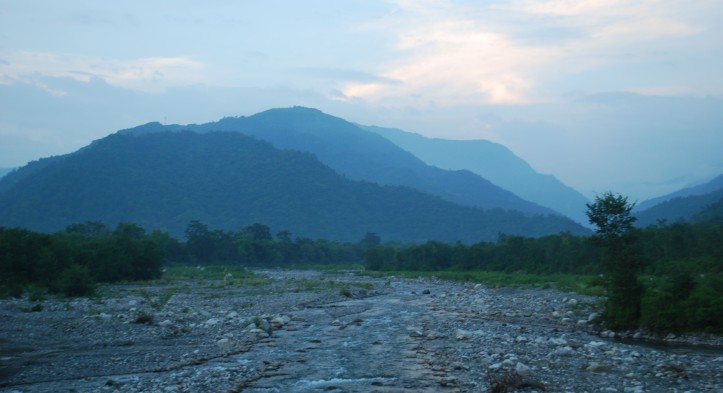 Hills to the north of Rajaji National Park

The hotel, the Ganga Kinare, is lovely and, again, we have huge rooms.  Both have views straight across the Ganges.  None of us can be bothered to shower and change by the time we arrive so we have a light dinner in the hotel then walk along the river a short way to get our bearings – it’s very full, and apparently there is flooding downstream in Varanasi.