With temperatures in the mid 20s in Durham today, and the Buddleia swarming with Small Tortoiseshell butterflies, it’s turning out to be an Indian summer in more ways than one!  I thought I should go and visit my sycamore tree, as it’s been a very long time (see Sycamore in Summer).

Despite the high temperatures, the quality of the light in the wood is different now, perhaps because the leaves on the trees are darker – they have accumulated tannins and other secondary metabolites over the course of the summer.

The understorey plants have more or less died back as a result of shortage of light, with the exception of luxuriant male ferns, enjoying the dappled shade.

The other noticeable change since July is that the bluebell seed pods are now completely transparent, having shed all their seeds.  The seed pods are well on the way to being broken down and returned to the soil. 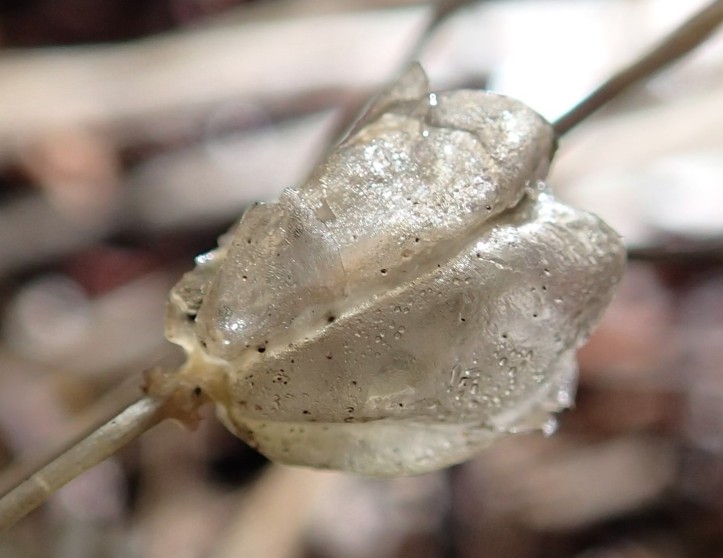 As well as looking darker in colour, many of the tree’s leaves are covered in tar spot – dark spots with pale edges caused by infection with the parasitic fungus, Rhytisma acerinum. 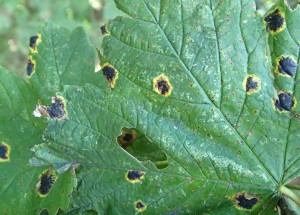 These dark spots are actually the reproductive stage of the fungus and, if you look carefully, you can see they consist of mats of fungal hyphae.

Rhytisma spores overwinter in their fruiting bodies (apothecia) on the previous year’s fallen leaves then are released and dispersed by wind in the spring.  The spores have sticky coats which help them attach themselves to newly developing leaves.  Like many other fungal pathogens, the hyphae produced when spores germinate enter the leaves through their weakest points – the stomatal pores used to take up carbon dioxide.  As it grows, the fungus creates chlorotic (pale) patches on the leaf by breaking down chlorophyll molecules.  The chlorotic spots turn into the tar-like lesions which give the disease its name when the next generation of apothecia start to form and the cycle starts again.

Tar spot is very common in UK sycamore and maple trees and can cause leaf senescence but its impact is mostly cosmetic rather than having a serious economic impact.  My tree certainly looks happy enough, despite its spotted leaves. 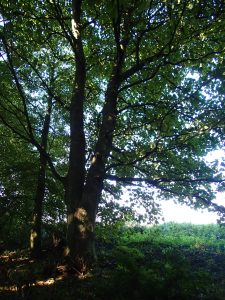