I’ve had a couple of  reminders recently about the pleasures of Durham’s lovely Oriental Museum, one of which was a visit to a little photographic exhibition called ‘In the Image of the Other: Visualising a British-Himalayan Town, Shimla’.  Siddharth Pandey’s beautiful photographs of Shimla and its surroundings are juxtaposed against photos of very similar looking scenery  and buildings in the UK, emphasising the history of the old hill station.

The British first occupied the area in 1815 and, attracted by the moderate climate, started building Shimla town along a wooded ridge with superb views of the Himalayan foothills. Perhaps my faviourite pair of photos from Pandey’s exhibition compare a Himalayan sunset with one in the English Lake District, always close to my heart. 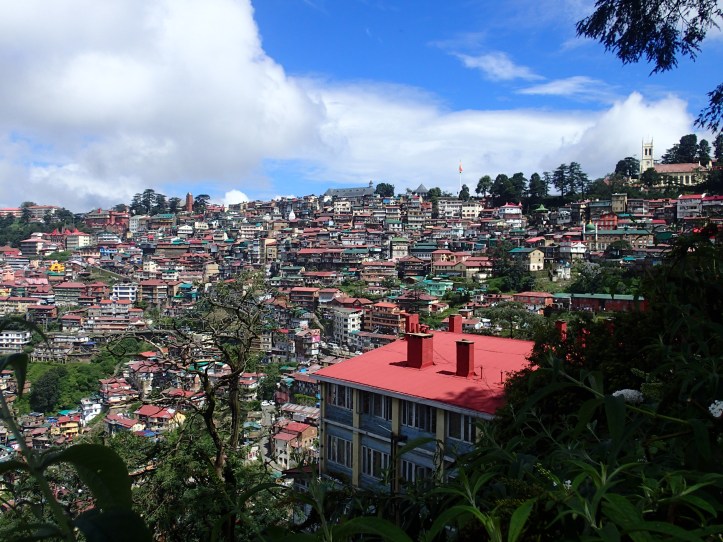 There are still places, however, which remind you of Shimla’s odd heritage –Annandale and the Loreto school and convent, and castles and mock-Tudor buildings aplenty. The half-timbered library and Christ Church in the square in the middle of The Ridge could be anywhere in England.

The Library and Christ Church on The Ridge

Shimla was the summer capital of British India between 1864 and 1947 – the Viceroy and his government decamped here for six months every year to enjoy the more favourable climate.  Many important political meetings took place at the Viceregal Lodge including those setting in train the process which eventually led to the Partition of colonial India into modern day India and Pakistan in 1947.

Before the British arrived, the area around Shimla was part of the Sikh Empire and was capital of the Punjab after Independence  – it’s still a popular spot for friendly Sikh tourists today! 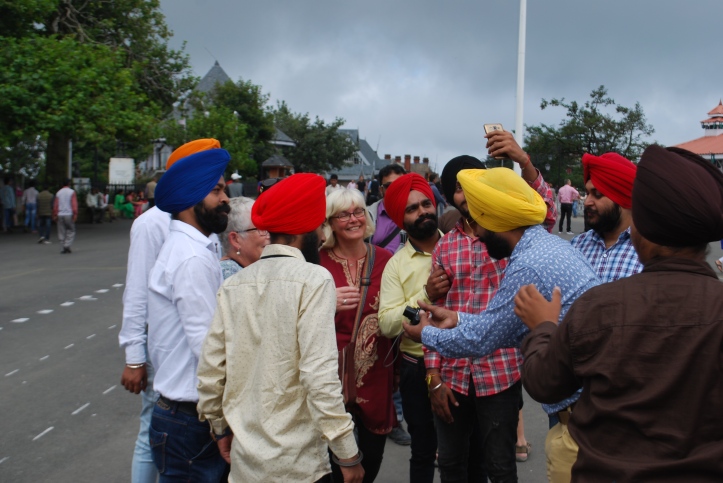 British women and children often stayed in Shimla when their husbands were working ‘on the plains’, which led to the usual intrigues between bored married women and young, single soldiers. These made great material for writers such as Rudyard Kipling, who visited the hill station for a month or so every summer with his family between 1883 and 1889 whilst working as a journalist in Lahore.  He fell in love with the place and its inhabitants and, in Plain Tales from the Hills, tells some of its stories.  It is in Shimla, too, that Kim learns his trade, practising the game which bears his name,  from the rogueish antique dealer, Lurgan Sahib.

Rudyard’s father, John Lockwood Kipling, was an artist and craftsman and also a prolific journalist, who strongly influenced his son. Lahore Museum, which he curated, was the model for the ‘Wonder House’ in Kim. I’m sorry to be missing the first of a series of talks linked to the exhibition next week, where Sandra Kemp will be talking about how the two Kiplings depicted Shimla in words and images.  I’m looking forward to Hugh Rayner’s presentation of early photographs of Shimla on December 13th though – he promises some original glass lantern slides of Shimla shown on a vintage projector!