OU penultimate day off walking and another ‘short’ day that turned out not to be quite so short (15 miles). Me: “No need to pick up any lunch with our breakfast pastries, we’ll be there by lunchtime. Rosie at 11 am: “Is Chatellerault a big place where there will be shops open after noon? Google says we are 1 hour 22 minutes away by the quickest route.”

I’ll put you out of your suspense by telling you that Chatellerault is indeed a big place, with a long drag of out-of-town shops and fast food outlets and that by shortly after noon we were happily ensconced in a McDonalds supping iced tea! The plan had been sugary milkshakes to boost us for the last 45 minutes walk but apparently McDonalds in France don’t do milkshakes. They do, however, do rather good wraps with goats cheese in…

Anyway, what happened before that? We ended up making a longer initial loop out of Dange than I’d hoped for, up into the hills again, because of the lack of a railway crossing. The first stretch of road was positively Roman in its straightness. It was no great hardship to be walking through woods and fields of sunflowers and sorghum again, though we did have a scary encounter with two unchained farm dogs who looked like they would have made short work of us. We’re used to baying dogs in rural gardens by now but they’re generally safely behind a fence.

The prize for the most appropriately named village goes to Bouteille, after the only stretch of vines we passed today.

As we left Dange this morning we worked out from the electronic noticeboard that there is a ban on watering plants between 7 am and 7 pm at the moment. The extraordinarily hot weather earlier in the summer seems still to be having repercussions. Many of the ‘streams’ marked on the map today were dry and the fields very dusty.  Some of the maize, in particular, looked stunted and these newly planted field beans don’t look like they have much of a chance. 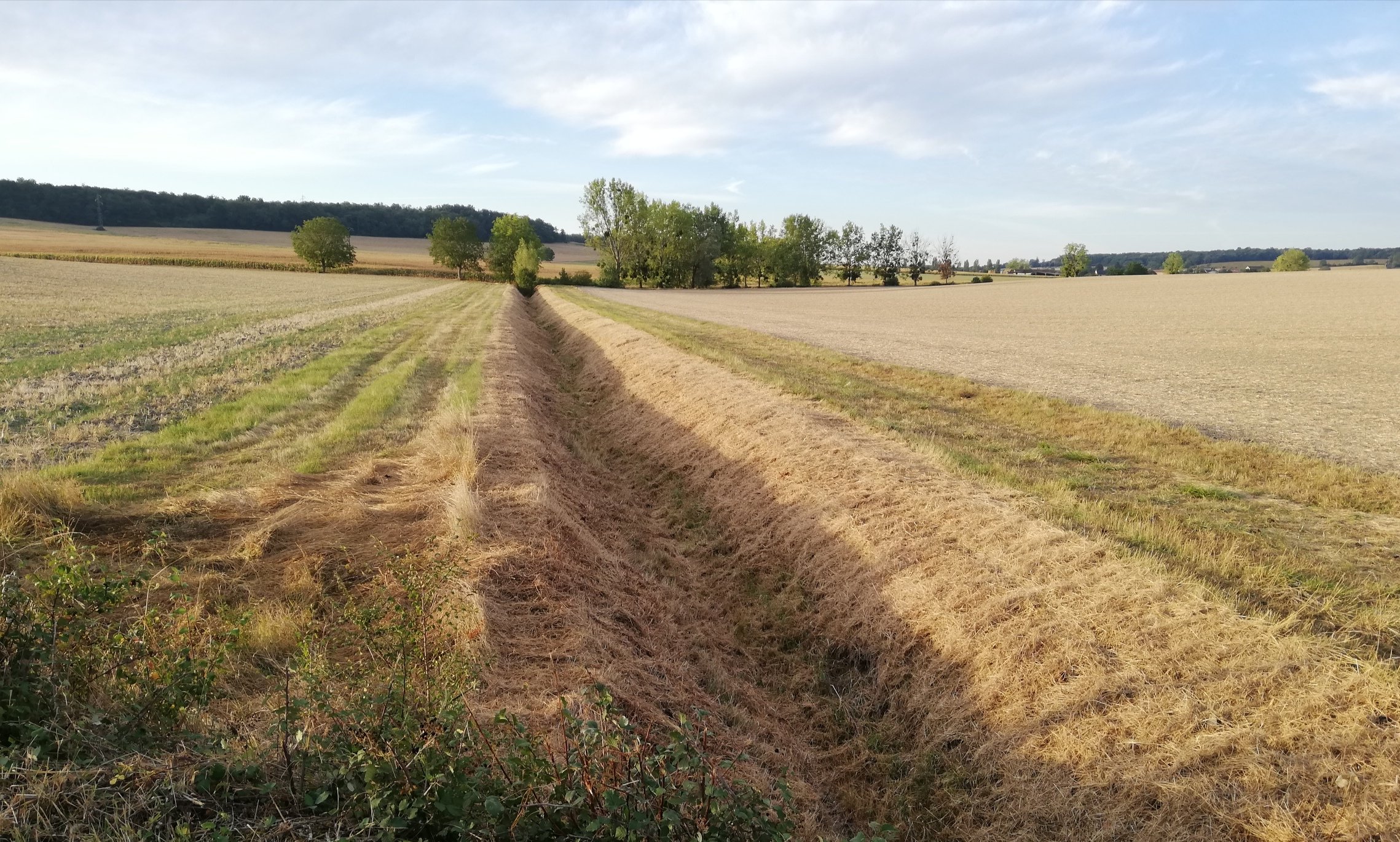 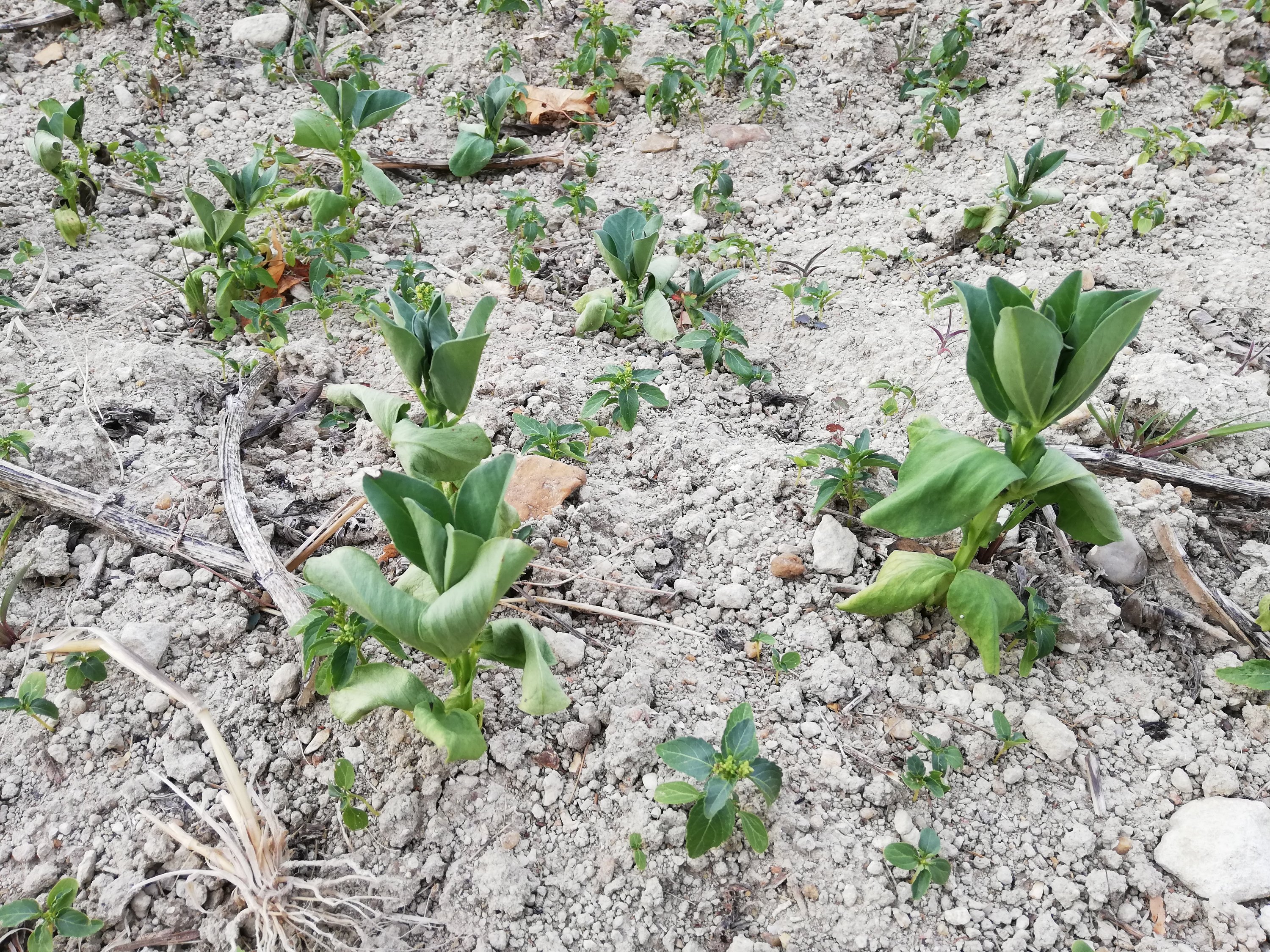 With this in mind, it was a bit distressing to see farmers plowing their fields and so obviously losing soil. Places where a cover crop of some kind of clover or vetch have been sown look much healthier and you can’t help but feel that a no-till regime would be much better suited to the changing climate here. 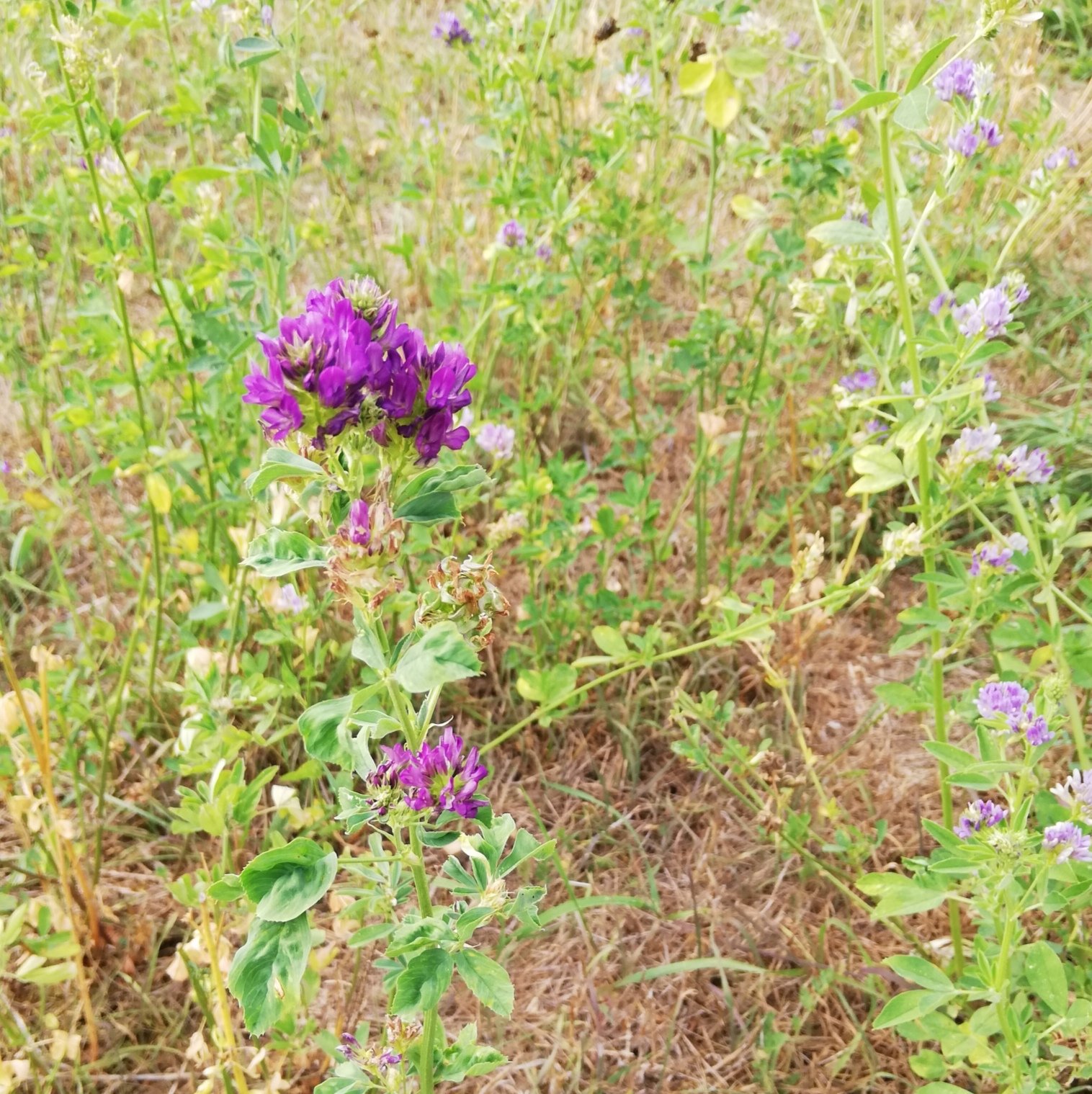 Rant over! After our loop into the hills the route was largely along roads to the outskirts of Chatellerault but at least its wasn’t too hot. After our sneaky lunch we dropped down to the river Vienne and walked along it into town, past more dry reservoirs.

The path crosses the river and runs along the west bank for much of the way where its pleasantly shady. Rosie spotted evidence of some vigorous beaver activity amongst the trees. We thought it must have been someone with a chainsaw until we realised several trees had been attacked!

We sat on the shade and read till we knew we’d be able to get into our Airbnb and I practised using my phone macro lens on the tiny red beetles which are everywhere.

We found an excellent Normandy creperie close by for dinner.  Rosie reckons her apple crepe flambéd in Calvados would have been enough to tip her over the drink-drive limit without the organic cider we also enjoyed! 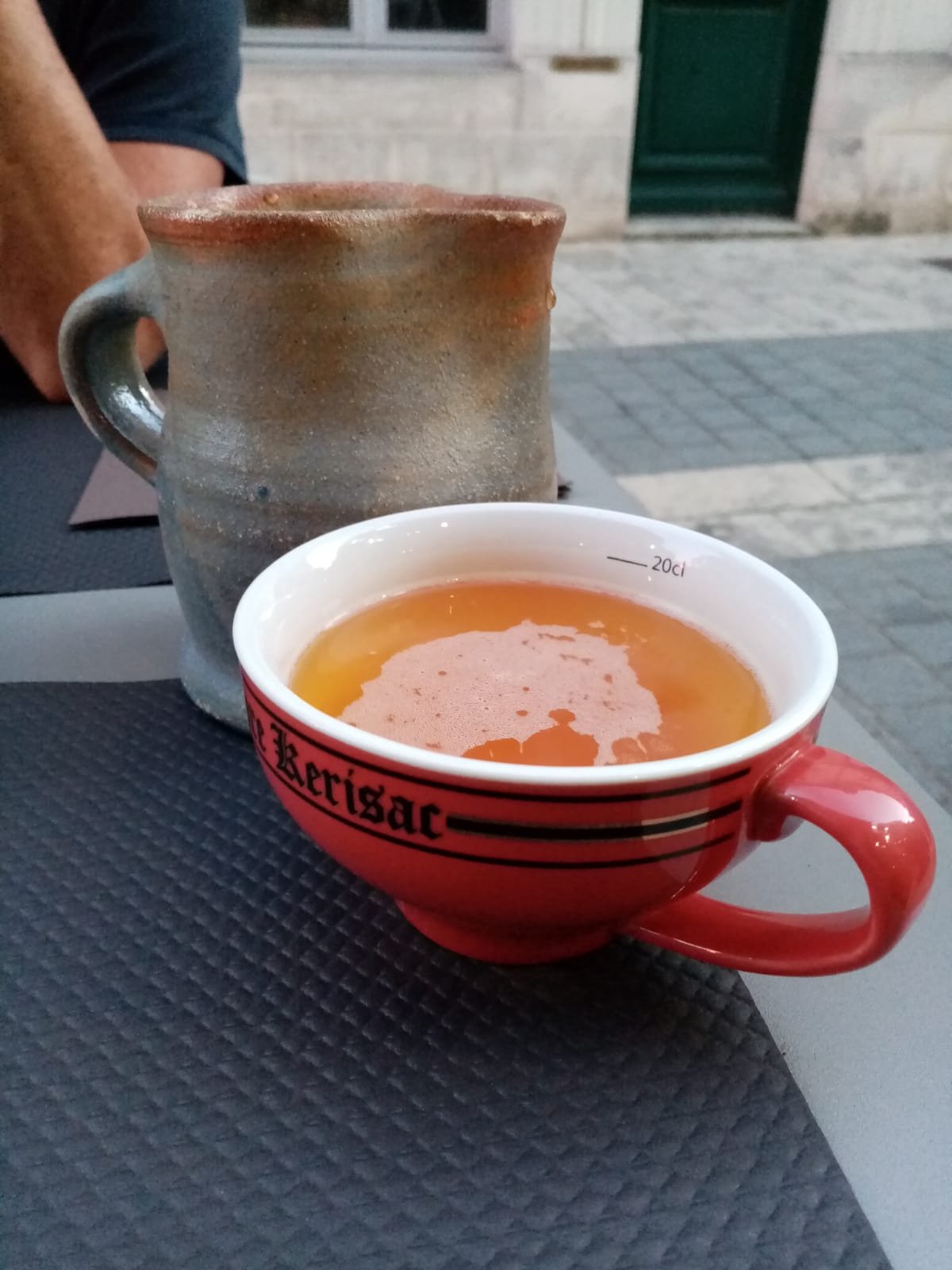